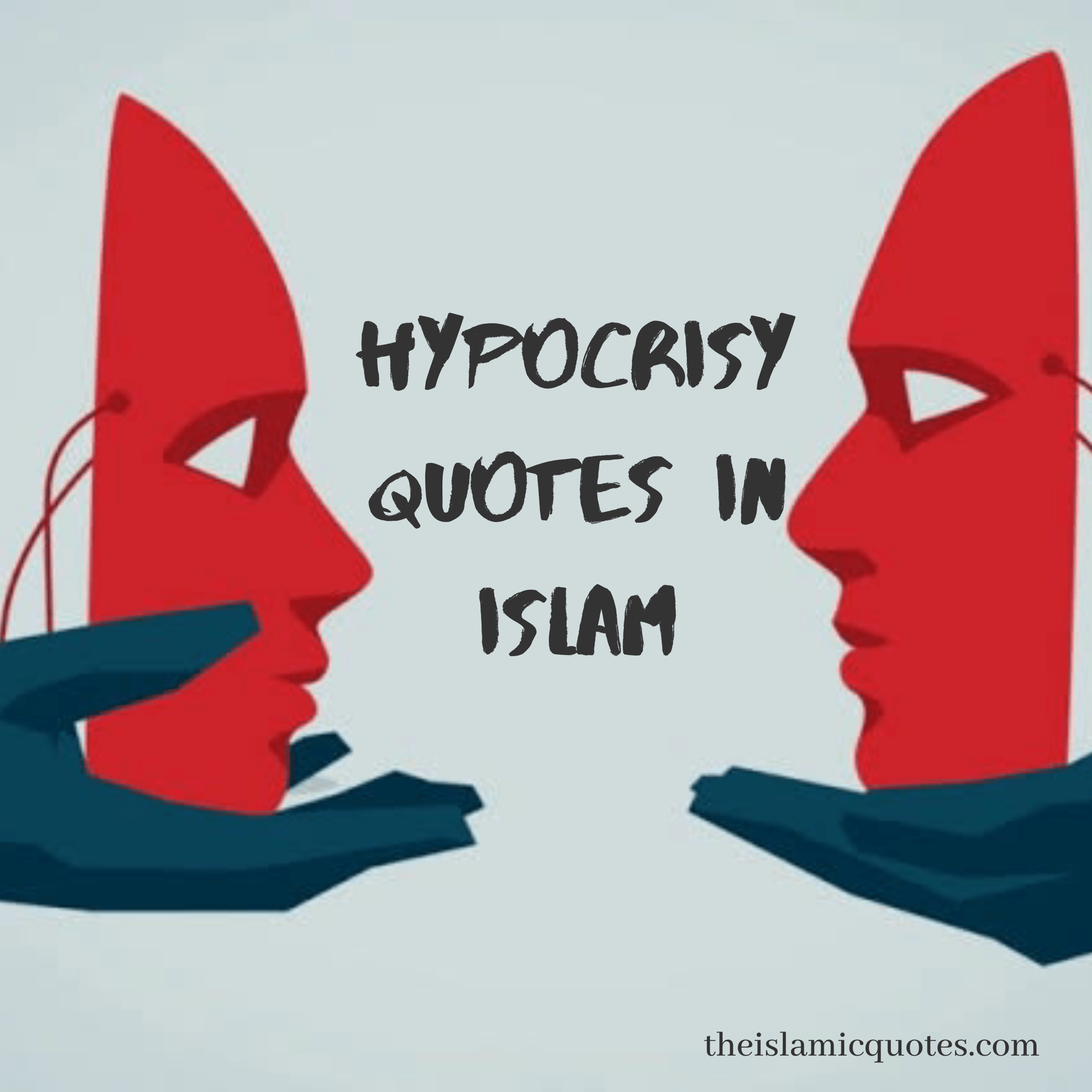 Hypocrisy in Islam. Islam is the religion of peace and a believer is the one who puts his complete trust in his creator and stays firm on his Imaan. He behaves in public the way he does in private as he has nothing to hide from his companions and his faithfulness is for Allah SWT only.

Whereas a person who behaves in a righteous manner in public and announces that his obedience is for Allah only and makes sure that in private he is with his disbelieving companions mocking the true religion. A Hypocrite has to face severe consequences in this world and hereafter. He is in constant fear that his mask might be removed revealing his true face and he’s the most dangerous enemy if Islam.  Allah has promised that there’ll be no honor for hypocrites and he will be thrown away in the hellfire for his disbelief.

↓16- What is Hypocrisy In Islam

Hypocrisy in Arabic is known as ‘Nifaq’ which is derived from the word ‘Nifaqa’ which means showing one side of the belief while hiding the other. This implies that hypocrisy means when a person’s inner beliefs contradict his behavior and actions and such a person is called a Hypocrite.

Hypocrisy in Islam is considered as a great sin which makes a person lie about his belief to gain a place in society. He extends his false support and loyalty to the Muslims whereas conceals his state of disbelief inside. A hypocrite on the day of judgment will be at the lowest depths of the hellfire for his concealed kufr. You should also have a look at our earlier post on 10 Most Beautiful Life Lessons from the Quran.

Here’s a short video on how to fix hypocrisy by Nouman Ali Khan:

↓15- Types of Hypocrisy in Islam

Major hypocrisy is when a person displays outward belief on the oneness of Allah SWT and the finality of  Prophet Muhammad PBUH while showing complete loyalty to the disbelievers in the dark. They mock Allah’s commands and Sunnah of Prophet Muhammad PBUH. The inside kufr of hypocrites drags him to the hellfire on the day of judgment.

Minor or lesser hypocrisy is related to a person’s deeds and actions that is when a person behaves in a righteous manner in the public but his heart doesn’t believe in such actions so he behaves differently in private. It is not related to one’s Imaan but it falls in one of the categories of hypocrisy.

↓14- Characteristics of a Hypocrite

A hypocrite is a dangerous friend than a disbeliever enemy as he masks his hypocrisy with false loyalty and mere words. The intentions of a hypocrite are unclear to the believers and they’re played by them due to their eloquent speech and outward display of fidelity. The Prophet Muhammad PBUH had mentioned the four characteristics of a hypocrite and whoever has them is one of them. If a person has some element of these characteristics, he’s also one of them unless he repents and gets rid of them.

1) When he speaks he lies

2) When he makes a promise, he breaks it.

3) When he’s trusted, he betrays people.

4) When he quarrels, he uses obscene speech. 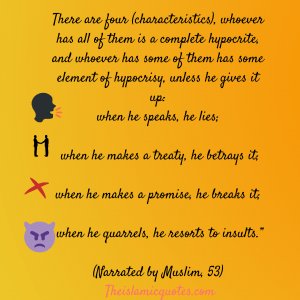 ↓13- The attitude of Hypocrites towards the Believers

Hypocrisy is dangerous than kufr because hypocrites in the broad daylight support the Muslims and their belief is on Allah alone, they outspokenly talk about Islam and how they love Allah and his commands are but when the night arrives, they plot against the believers in the darkness. They think of ways to get away with the calamities that a believer has to suffer for his Imaan. He fears to fight in the way of Allah and steps back from his support thereby revealing the kufr and his dual face. The hypocrites are the most dangerous enemies of believers due to their corrupted hearts. 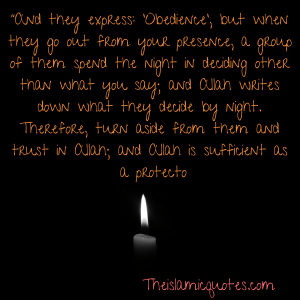 ↓12- Hypocrisy in the Quran 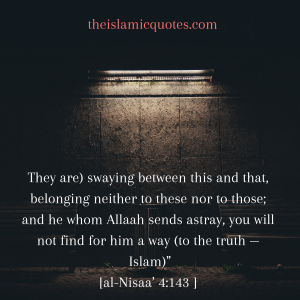 ↓11- Hypocrites are the Mischief Makers

Allah has made the believers peace loving and faithful to His Deen. A group of people known as hypocrites has been described as the most dangerous enemy of Islam and Muslims. They’re the ones that create chaos and mischief on Earth through their hypocritical nature. They sow doubts in the hearts of the believers by speaking about the religion negatively in a persuasive manner. The Holy Quran describes such people as the mischief-makers on the face of Earth. 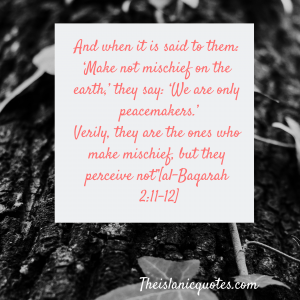 For more beautiful life lessons from hadith and sunnah, do check out these The 10 Most Beautiful Sunnah To Follow In Daily Life. 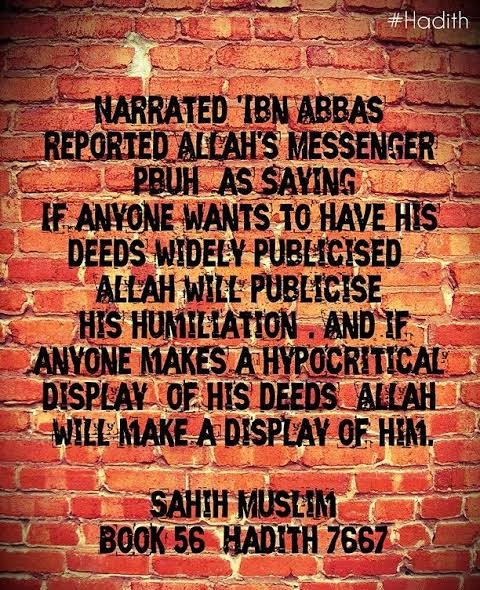 A believer is not a believer until he completely brings himself to accept Allah SWT the only God and Prophet Muhammad PBUH his last prophet. But the hypocrites’ continuous disbelief on Allah will take them to hellfire. The hypocrites in front of Muslims give their loyalty and obedience to Allah only but when they’re alone with their hypocrite companions, they mock the Most Merciful One and His prophet and his followers. They think they’re deceiving Allah SWT whereas they’re the ones getting deceived. 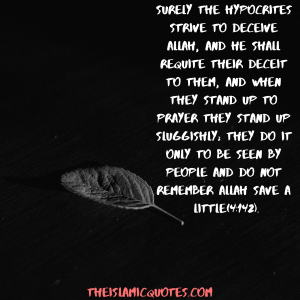 8- Punishment for a Hypocrite

Hypocrisy is a kind of disease that spiritually corrupts a person’s heart. A person who’s displaying his religious self to the people whereas concealing greater kufr inside is punished by Allah on the day of judgment. He has declared hellfire as the eternal abode of such people displaying false affection towards the people of Iman and Islam. 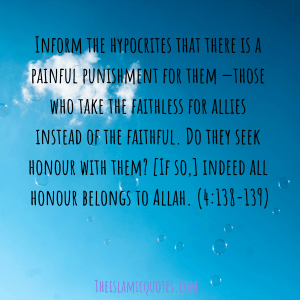 ↓7- Hypocrites are the Dwellers of Hell

Hypocrites might getaway in this world with kufr in their heart but on the day of judgment, they’ll be thrown away to the hellfire to sow what they’ve reaped all their lives. The Munafiqons will be at the lowest depths of ‘Jahannum’ due to the kufr they had concealed inside while showing complete support towards the right Deen, Islam. Allah is the knower of all things and they won’t be able to get away with the punishment that Allah has decided for them and they’ll be questioned about their hypocrisy and face the consequences of their extreme hypocrisy. 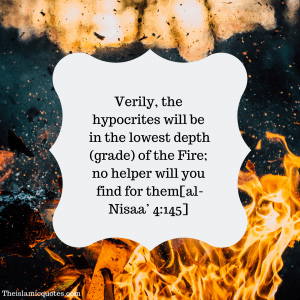 ↓6- Worst People in the Sight of Allah

Hypocrites are the ones that come to the believers showing great love and support for Islam and Allah. They are the ones that mold the commands of Allah and rulings of Islam according to their own wishes and whims. Their hearts are corrupted to the core as they carry kufr inside. Those who lend false support to the people of Islam and are disbelievers inside are the worst people in the sight of Allah SWT. 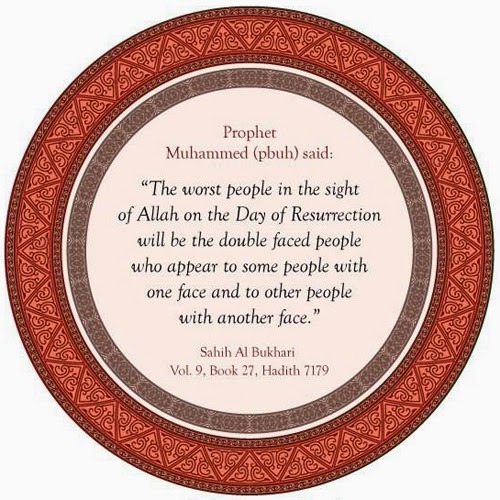 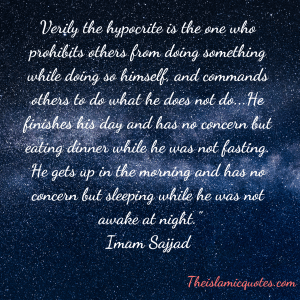 ↓4- Hypocrites are the Liars

Lying in Islam is a sin and one has to seek taubah from Allah SWT. But hypocrites are the ones who lie due to their Munafiq nature. They behave differently in front of other people and conceal the complete opposite inside. They’re the ones who when meet the believers say that they are with them but when they meet the Shayateen, they make sure that their support belongs to them only. But they don’t realize that their lies won’t protect them from revealing the true face. As Allah knows everything and he puts a seal on the hearts of such people. Here are 50 Islamic Quotes About Lying with Images.

“So a seal was set on their hearts.” 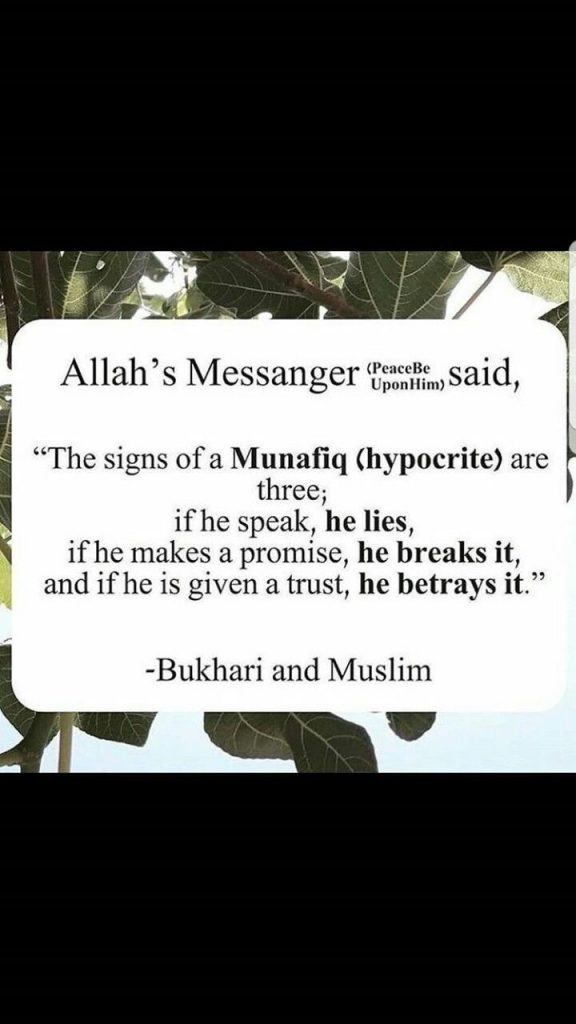 ↓3- Honour doesn’t belong to a Hypocrite

A hypocrite is someone who’s a liar and an oath breaker. His loyalty doesn’t belong to the Muslims and Allah SWT. The biggest Hypocrite in the history of Islam, Abdullah Bin Ubbay, used the word honor for himself. But Allah immediately revealed that such people who are hypocrites don’t deserve honor. It only belongs to Himself, Prophet Muhammad PBUH and the people of Imaan.

Believers are the people with strong imaan and their belief in Allah and his commands is stronger. They don’t turn away from any calamity or test that Allah gives them. Their spirits are unmatchable and their trust in Allah is unshakable. Whereas the hypocrites are the ones with weak hearts and spirits. They always fear that their mask of false loyalty and support will be removed one day thus fearing for their lives. Their cowardice doesn’t let them stay peaceful and contented as they’re always swaying between the believers and the Shayateen. 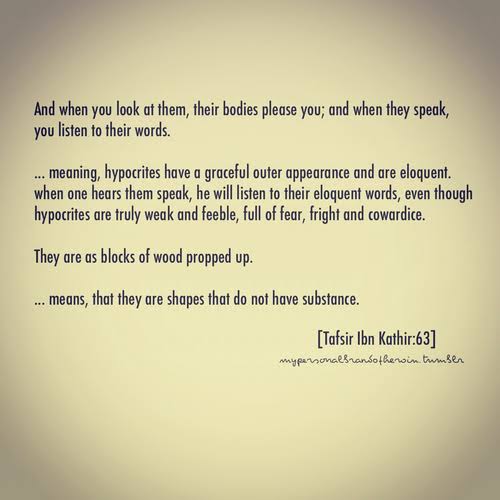 ↓1- There is no Forgiveness for a Hypocrite 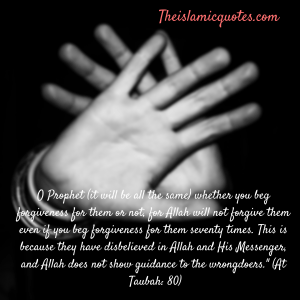